Journey So Far: Why UP?

As per the 2011 Census data, the total population of Uttar Pradesh (UP) is 199.6 million, which accounts for 16.5% of India’s total population.  UP is by far the largest state in India and is the fifth largest administrative unit in the world (in terms of population) after China, India, USA and Indonesia.

As per the latest census, EAG states have shown little improvement signifying the need for urgent, critical and focused action. Take a look at some of the key development indicators of UP below (Source – Census of India: Provisional Estimates, 2011) 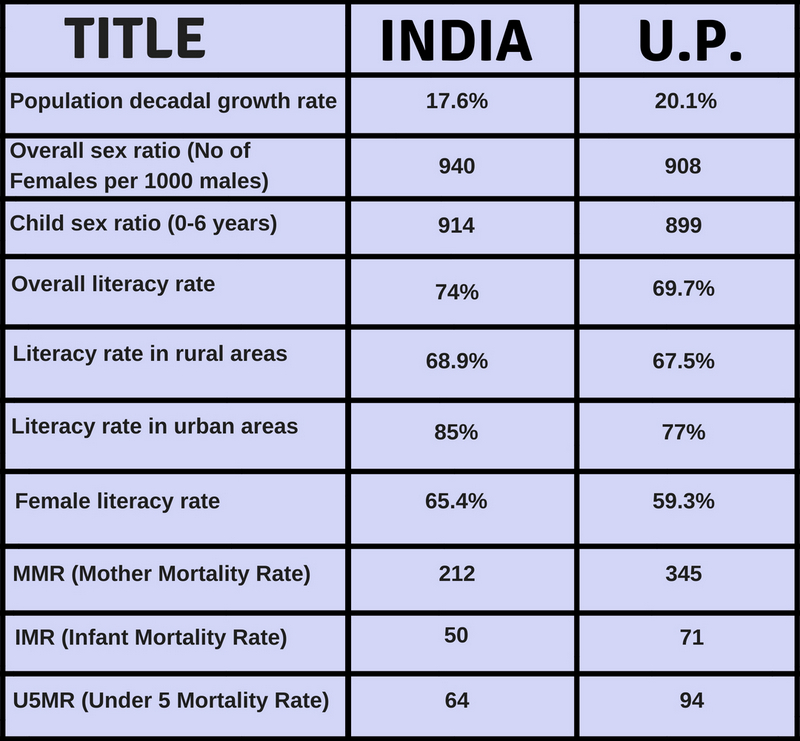 Key highlights in the Education and Health sector:

As human development indicators in UP are one of the lowest in the country, the E&H Foundation will focus its work in the state of UP.

You can send your feedback or contact us at sanjeev@enhfoundation.in