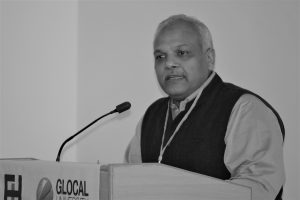 He works as the CEO at E&H Foundation and has an experience of over 23 years in the development sector. He has studied Physics at Delhi University followed by Rural management at Institute of Rural Management Anand.

Sanjeev has significant experience of working at the grassroots level and has implemented large-scale development projects in India, Afghanistan and Nepal. He has also worked with Aga Khan Foundation in Afghanistan for about five years and led large scale (500 villages, 500 staff and about 10 million USD annual budget), multi-sectoral development projects in a conflict-prone area of central and Northern Afghanistan in the remote areas with many challenging conditions. With Aga Khan Foundation in India, he coordinated watershed management program for three years in drought-prone areas of central west India with the main focus being on water harvesting, drought reduction, enhancing agricultural productivity and poverty reduction. It was implemented by supporting a group of 12 NGOs that included setting up new, innovative capacity-building and policy-influencing mechanisms and institutions. With the help of EDA Rural Systems (leading development consulting firms based in Gurgaon), he provided long-term support to organizations that work to promote small enterprises with the poor, that is, Dastkar in India and Association of Craft Producers (ACP) in Nepal. He was also instrumental in setting up ATINDIA and Devbhumi Natural Products Producers Company limited (DNPPCL) in Garhwal Himalayas. It is a micro-enterprise that promotes small and marginal farmers in the remote Himalayas in various sub-sectors like Honey, Silk and Spices. 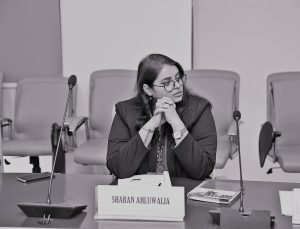 Sharan brings with her over 4 years of corporate experience working with MNCs and start-ups in India. Prior to joining E&H Foundation, she was working as the Content and Communications Strategist with Qliktag Software Inc, where she co-authored her first book titled, ‘The Internet of Products’. She has briefly worked with WittyPen Media Services as Content Operations Associate while completing her thesis on ‘Social Media and Political Activism’. Sharan started her career with Google India as Associate Data Specialist in 2011 and moved on to join American Express as Senior Fraud Analyst in 2013.

In 2014, she quit her job to pursue higher education and explore the social and cultural issues outside the purview of her analytical approach to life. She pursued Master’s in International Studies from Symbiosis School of International Studies (SSIS), Pune and Bachelor of Arts in Mathematics from Miranda House, Delhi University.

Sharan is deeply motivated for working on issues of social equality and is keen on refining the education sector in India. She also teaches primary school kids along with her mother in her hometown, Ghaziabad. Being a published writer, she participated in the 1st Inter-Disciplinary Student Workshop on Development Studies (ISDS) 2018 where she presented her research on Social Media and Political Activism and developed it into her thesis. In her free time, Sharan participates in and organizes open mic events. A spoken word poet, she believes in voicing her thoughts in the form of poetic and rhythmic performance arts. Sharan joined us in September 2018 as Manager for Communications and Social Media and was promoted to the position of Senior Manager in March 2020 courtesy to her persistence performance. She also lends her photography and videography skills to develop case studies and capture stories of children to inspire change among stakeholders and is currently leading the short term project on enabling COVID-19 awareness, psychosocial support and access to entitlements for vulnerable communities in 21 Gram Panchayats of the Shamsabad block of Farrukhabad.